Rediscovering the power of Pottering!

One of the more palatable, and indeed constructive aspects about the current lockdown is taking the opportunity to re-discover some long-standing favourite hobbies and interests. In my case, top of the long list is the pastime of ‘pottering’.

If you’re not completely sure what I’m on about here, my online dictionary gave the following synonyms:

“Do nothing much, tinker about, fiddle around, do odd jobs; informal: mess/muck about, fanny around” …mm, I think that sums up the last few weeks quite nicely!

Hand in hand with pottering come a little mooching and a spot of daydreaming. This occurred the other day while Radio 2 was on, common background listening for anyone engaged in a spot of fannying around…

“Hands up”, said Steve Wright, in his customary understated style, “hands-up if you think that 99% of what’s churned out of the media currently is negative, stress-inducing hyperbole”. Actually, that’s what I dreamt he’d said but as he segued neatly into Adele, I realized I’d not been paying full attention.

What I had, in fact, been doing was ruminating on a point that I’d made in a recent speaking engagement, about the incredible power of the mind to develop solutions to problems that we either directly, or indirectly, pose to it, often while engaged in pottering.

In a fast-moving world, where we seem to be in demand 24/7 and our minds are so wired on absorbing too much information, we can struggle to see the bigger picture. But, when we take time to mentally pause, something different happens.

Of course, exponents of meditation and mindfulness have known this for a long time, and, in truth, pottering is likely a variation on the same theme of simply taking time out and moving at a different pace.

This is why so many people in this current time of crisis are discovering new approaches, innovating, dealing with their challenges in different ways and finding so much positivity in such a difficult and unpredictable time.

Many “potterers”, myself included, can actually point to an increased sense of wellbeing, which seems oddly commensurate with re-arranging the cupboard DVDs or re-felting the garden shed.

A few years ago, scientists from Missouri-Columbia University even tried to prove that doing small, trivial tasks, was actually good for your physical, as well as your mental health, too. For the world’s potterers, the news just gets better and better!

In considering this thought, I finally realized why, for so long, I had always listed pottering in my top hobbies, ranking just above procrastination and one down from gurning. It’s simply because there is a real and serious power in pottering!

For me, the best clarity, the answers to nagging questions or establishing a way forward nearly always come when I’ve powered down, sometimes on holiday, but more often when pottering around the back garden with a coffee in my dressing gown. People have different preferences when it comes to finding mental space, some like to meditate, some like to take long walks or hot baths, some like to entertain the neighbours by pretending to be unemployed…!

In a short while, doubtless we will slowly return to “normal” life, or whatever that approximates. In the meantime, why not make the best of pottering time? If you’re furloughed or have little work, it’s probably the most guilt-free time to indulge and the rewards may be greater than you think!

This post was written by Adrian Wales of LPD Associates for Breaking Free Design.

Adrian Wales is one half of LPD Associates. Highly experienced in leadership, innovation and change management, they raise the effectiveness of individuals, teams and leaders while also improving the quality and balance in their lives.
“I support, empower and inspire people to succeed.”
Adrian Wales – LPD Associates

Everything you need to know: Web design for tradesmen

Is page speed important for SEO?

Why is your logo designers location important?

How to easily create a brand for your new business

How to make your own website: Web design for wedding professionals

What you need to know before getting a logo design

Is a logo important?

What is the benefit of an expensive logo design?

How to make your own Canva template

Click one of our representatives below to chat on WhatsApp or send us an email to hi@b3d.co.uk 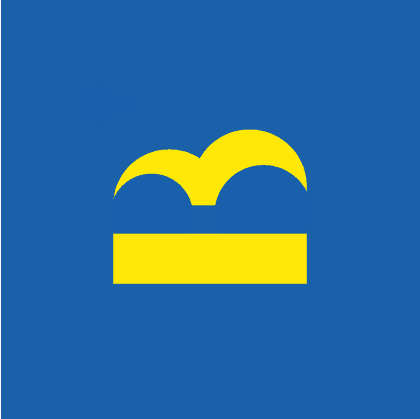 Or arrange a call back at your preferred time.